Aerobic exercise, which can increase the use of oxygen to meet adequately energy demands during exercise via aerobic metabolism, is recommended for patients with diabetes. Aerobic exercise refers to a long duration (15 minutes or more), rhythmic, light-to-moderate intensity activities, such as walking, brisk walking, jogging, aerobic dance, hiking, swimming, cycling. These types of exercise are suitable for diabetic patients. On the contrary, short-term high-intensity exercise, anaerobic exercise, including all weight-bearing exercises, is relatively unsuitable for diabetics. Hormone, such as adrenaline, is secreted when doing such kinds of exercise, causing the breakdown of glycogen, which causes the blood glucose level to rise faster than the consumption of sugar. Healthy people also have transient hyperglycemia. For diabetic patients, hyperglycemia will last longer and higher.

For patients with type II diabetes, exercise is an indispensable part. The main cause of type II diabetes is insulin resistance. That is, normal concentrations of insulin are not enough to stimulate our body cells to react. Exercise can improve the body’s sensitivity to insulin, which helps the control of blood glucose. On the other hand, exercise can effectively increase the production of glycoproteins, which facilitate the sugar molecules entering muscular cells. Under normal circumstances, the number of glycoproteins increases or decreases with the amount of insulin secreted. If the patient’s insulin secretion is insufficient, the production of glycoprotein is not enough, so the sugar cannot be effectively brought into the muscular cells. During exercise, the glycoprotein is no longer restricted by insulin secretion and will increase with the exercise itself. Therefore, it can speed up the entry of sugar into muscle cells and help control blood glucose level. ¹²

Eating vegetables first can increase the feeling of fullness, reduce excessive intake of meat and grains, and can also achieve better control of blood glucose.

Instead of cream soup, it is advisable to choose a vegetable soup, which has less fat. Some kinds of sauces contain a lot of fat, such as gravy and cream sauce, should be avoided. While soy sauce, salad dressing, tomato sauce, chili sauce, etc., will increase the calories and fat of the food. Besides, they contain a lot of additives, which are harmful to health, should also be avoided. Fried rice or fried noodles are added with a lot of oil and sauce during cooking. The calories contain are far more than a healthy person needs, and these dishes are not the ideal choice for diabetics.

It is recommended to remove all visible fat or poultry skin from the meat before cooking. Low-fat cooking methods such as steaming, stewing, braising, boiling or frying with less oil should be used. Healthy vegetable oil is preferred to butter and lard. Animal fat contains a lot of saturated fat, it will increase the risk of cardiovascular disease. Try to remove all fat and oil from the surface of soup after cooking.

Fresh ingredients are the best choices, including meat, vegetables, fruits, and even seasonings. Canned and preserved foods are stored for a long time, and the nutrition of the food is inevitably lost. A large amount of sugar, oil, and preservatives are added during the manufacturing process. Such chemicals are harmful to the body. When choosing meat, lean meat should be the mainstay and fatty meat should be avoided. Eating more vegetables with various kinds increase the feeling of fullness, which can help to reduce the excessive intake of meat and carbohydrate. At least three servings (around 240 grams) of vegetables a day are recommended. Fresh ginger, onion, garlic, pepper, etc., are preferred for seasoning, pickled and preserved sauce should be avoided.

Oral Glucose Tolerance Test is used to understand the body’s ability to regulate glucose metabolism and is one of the main diagnostic methods for diabetes. Normally, after taking a certain amount of glucose orally, the temporarily elevated blood sugar stimulates the increase of insulin secretion, which causes the blood sugar to drop to a normal level in a short time. When glucose metabolism is disordered, the glucose level cannot be lowered to a normal level in a short time. The amount of glucose recommended by WHO to detect glucose tolerance is 75g and the test should be made at 30 min, 1h, 2h, and 3h after taking the glucose ⁵.

The Urine Glucose Test is a preliminary method for the diagnosis of diabetes. The method is to collect all day urine (except the first urination every day) to test with a dipstick. The glucose level in the urine of diabetes will be higher than normal.

Type II diabetes is caused by insulin resistance in cells (in short, cells are resistant to insulin, resulting in a decrease in glucose that is involved in the production of energy inside the cell, an increase in glucose remaining in the blood), or the function of β cells are declined, or a variety of other reasons lead to insufficient insulin secretion. The age of onset of type II diabetes are usually older, typically over 40 years old, but young people suffer from obesity are also at high risk.

The study subjects included 100 patients* with confirmed type 2 diabetes. These patients are recruited by the Association and Hefei Changgeng Hospital. The joining are voluntary and they are required to prior consult their personal doctors for the suitability to participate the study. They have to sign a “Consent Form” ensuring that they understand the entire clinical trial process, the purposes and the data collection, and the right to cancel their participation anytime at their own wish. The criteria for screening participants are as follows:

Other Conditions：No other serious illness except diabetes and related sickness, such as high blood pressure, high cholesterol and high triglycerides.

Each participant will go through a detailed physical examination and will be assigned a computerized patient ID number before the commencement of clinical trial. All indexes are recorded by this number and will be used as the basis for this clinical trial. All testing during the clinical trial will be performed by responsible nursing staff. On the 20th, 70th and 90th days, the patients will be required to go to the designated laboratory to verify their glycosylated hemoglobin and other indexes. Personal background, family history and all other information are processed anonymously.

*59 patients with type 2 diabetes from China and Hong Kong were eventually recruited to participate the study. Figure (A) below shows the number and age distribution of patients taking part in clinical trial research project :

Applying a science-based data analysis study of the “Natural Herbal Tea” on the prevention and treatment of type 2 diabetes under a standardized procedure and strict monitoring.

(a) Prove that the “Natural Herbal Tea” has a significant effect on improving the quality and glycosylation value of glycated hemoglobin.

(ii) Study the effectiveness of the “Natural Herbal Tea” on other body indexes such as cholesterol, triglycerides, liver function and kidney function.

During the clinical trial period, the whole process will be systematically recorded, detailed programs are set to improve the application of the “Natural Herbal Tea”, with healthy diet and appropriate exercise. The study result will be promoted to “Belt and Road” countries to benefit type 2 diabetes patients worldwide. 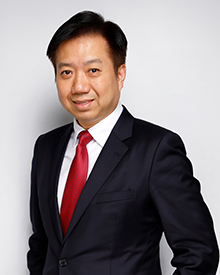 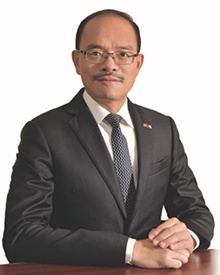 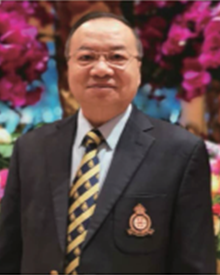 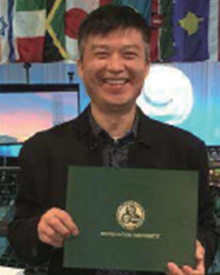 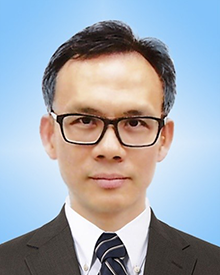 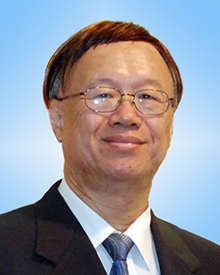 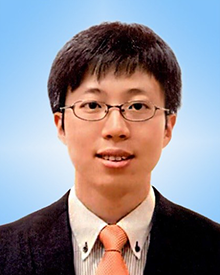 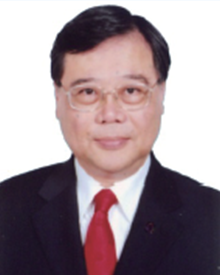 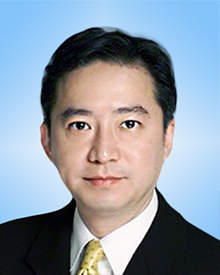 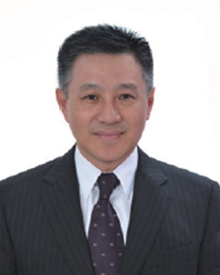 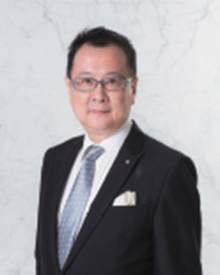 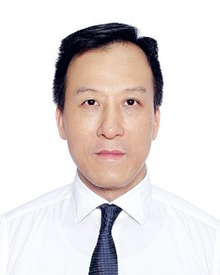 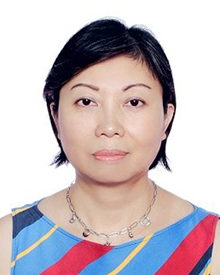 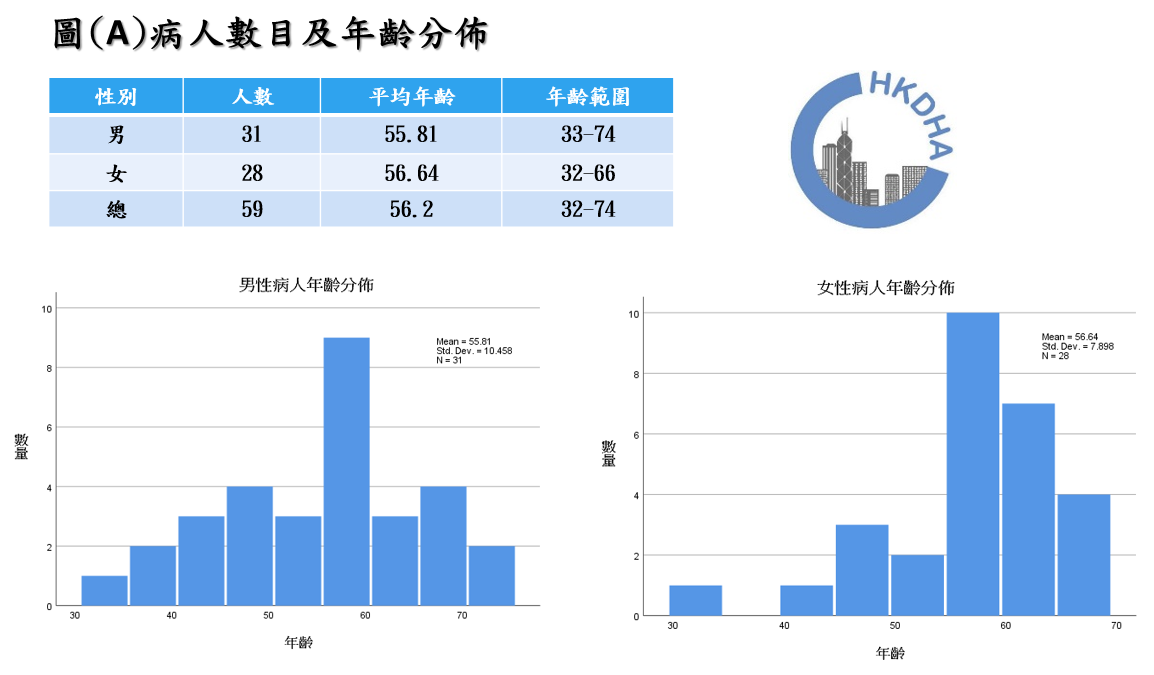